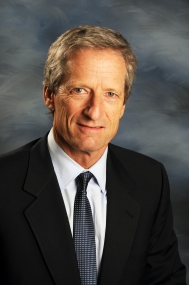 Dr. Charles Fiske is the on-site radiologist and medical director for NorCal Imaging Walnut Creek. He is a board-certified radiologist.

Dr. Fisked belongs to many professional organizations and has provided more than 30 years of patient-focused professional services to the local community, as well as to many Bay Area hospitals. Dr. Fiske has co-authored 13 publications, some of which have appeared in well-respected journals like the American Journal of Roentgenology and Radiology.

In addition to prostate imaging, Dr. Fiske's professional interests include imaging in the diagnosis and treatment of breast disease.